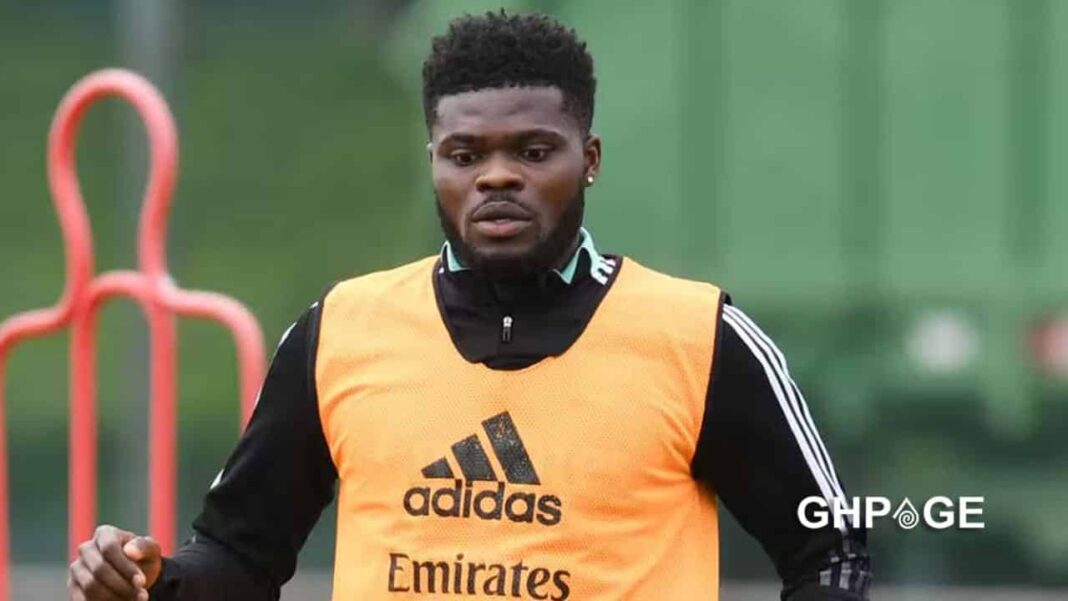 Arsenal midfielder Thomas Partey has joined his teammates at the club’s training ground in London Colney ahead of their pre-season in the USA after days of coming under rape allegations.

The Ghanaian international has been working hard to get back to full fitness after a thigh injury in April ruled him out of the final weeks of the season as Arsenal missed out on a top-four finish and Champions League qualification.

The 28-year-old missed out on Arsenal’s first pre-season game against Nuremberg on Friday for unknown reasons.

In the recent week, the Deputy Captain of Ghana’s national team was embroiled in an alleged rape scandal involving his Moroccan girlfriend Sara Bella and her friend.

Reports yet-to-be-confirmed claim that Partey was falsely accused by his girlfriend after he rejected her marriage proposal in Marbella during a trip to Spain.

It later emerged that prosecutors could not produce sufficient evidence against the footballer and hence the charges were dropped as the allegations were cooked by Sara Bella.