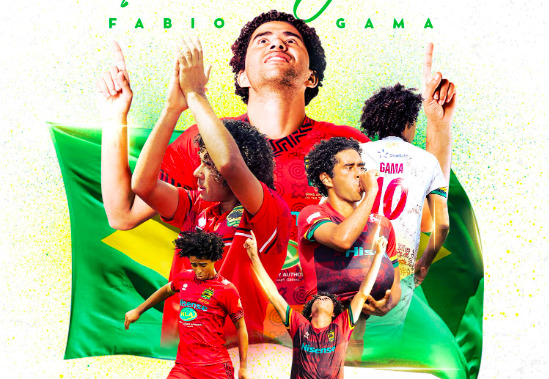 Asante Kotoko has announced on social media that Fabio Gama has left the club. He is reportedly going on after his contract with Kotoko was not renewed because he could not reach an agreement.

It is speculated that Fabio Gama, who will join Kotoko in 2020, would join Muharraq Club in Bahrain.

According to a statement from the club, “Fabio notified Management at the conclusion of the season of his wish to seek other options elsewhere following two excellent seasons with the Club”.

Managers are sensitive to his personal and familial motives for making the choice.” Neither the club nor his demands were ever an issue since none were ever stated.

Thank you to Fabio and his family for a fantastic visit, amazing memories, and a professional approach. We at Asante Kotoko wish him the best of luck in his next endeavors.”

Fabio Gama scored five goals in 48 appearances for Asante Kotoko during his two-year stay with the Ghanaian club.

The offensive midfielder made 20 appearances in the 2021/22 season after an outstanding rookie season in which he scored four goals in 28 Ghana Premier League games.

Early in the season, he was beset by injuries, which limited his opportunities to play under Prosper Ogum Narteh.